Thanks to your support, we’ve gathered 8 million signatures for our campaign to end animal testing in cosmetics forever. The petition has now closed, so we’re on our way to the United Nations with all your signatures. Find out how we’re going to wipe it out for good.

THANK YOU FOR FIGHTING AGAINST ANIMAL TESTING WITH US

HOW DO WE GET OUR GLOBAL BAN ON ANIMAL TESTING IN COSMETICS? 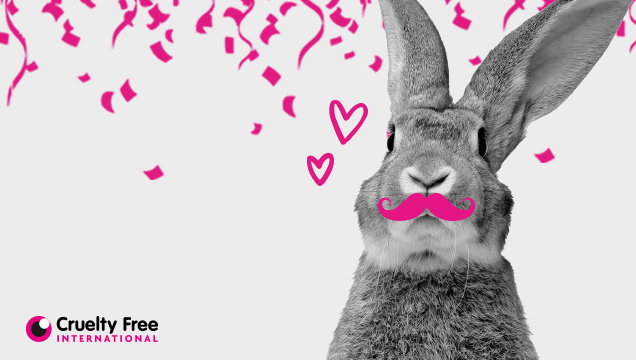 First, we take our petition to the UN with lots of our animal-loving friends. We’ll then talk to as many decision-makers at the UN as we can. We want to win their support and work with them to create an international agreement to end animal testing in cosmetics across the globe. Finally, we lobby and campaign in different countries to ensure that this law is adopted and enforced everywhere.

A GLOBAL BAN IS VERY AMBITIOUS. IS IT ACTUALLY ACHIEVABLE?

We think so. We’ve had an incredible response to our campaign so far. Animal testing in cosmetics has been banned in the EU for five years now, and market research indicates that vegan and cruelty-free are two of the biggest issues for customers in 2018. We’ve also seen rapid innovation in science and technology, so that non-animal testing can quickly become the mainstream. There’s never been a better time to call for an end to animal testing in 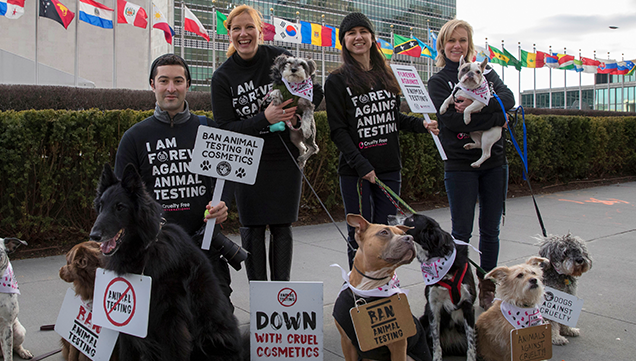 HOW LONG WILL IT TAKE TO END ANIMAL TESTING IN COSMETICS? 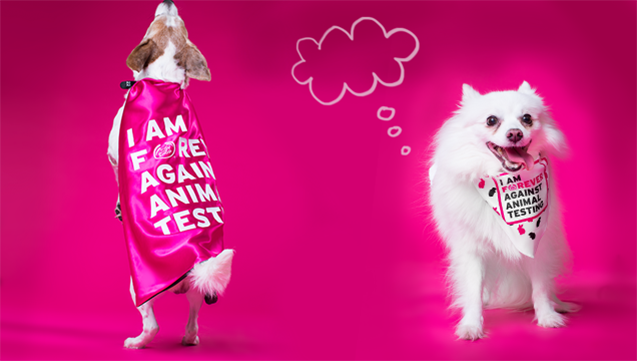 We’re heading to the UN before the end of 2018 with our petition. With Cruelty Free International, we’ll be working hard to reach an agreement. International decision-making can take time, but your signatures prove people want action now. We are already seeing more and more countries, like Canada, Brazil and Australia, move towards ending animal testing in cosmetics. We expect this momentum to continue. That means it’s really important to create a unified framework, so that all countries have the same laws to finally end it for good.

SO HOW DO WE TEST OUR PRODUCTS?

1. In-silico (computer-based) analysis uses readily available, existing data to help us to assess the suitability of similar materials through extrapolation.

2. Laboratory-produced EpiSkin is grown from human skin cells. It allows us to conduct safety checks on cells that react in virtually the same way as human skin, without harming any people or animals.

3. Finally, to ensure good tolerance on people, we will often test our products using patch testing. This involves placing a very small amount of product on a person's skin to ensure that it is safe and effective, usually at the final stage of testing a new formula.

4. We will also carry out controlled user trials where people test our products for both skin compatibility and cosmetic effectiveness, under the supervision of medical experts when required.

All cosmetics companies can adopt these kinds of cruelty-free testing methods. That’s what we’re fighting for worldwide with our Forever Against Animal Testing campaign.

A HISTORY OF FIGHTING CRUELTY

The Body Shop started campaigning to end animal testing in cosmetics. We were the first global cosmetics company to fight this cruelty.

Campaigning by The Body Shop and BUAV (British Union for the Abolition of Vivisection, now Cruelty Free International) contributed to a European Union ban on animal testing in cosmetic products.

The European Union implements its ban on animal testing in cosmetic ingredients.

We celebrate history. The sale and import of animal tested products and ingredients is banned, completing the EU ban. Our campaign with Cruelty Free International collects 1 million signatures.

We reach 3 million signatures in our campaign with Cruelty Free International.

We reach 8 million signatures in our campaign with Cruelty Free International. We take our petition to the United Nations to ban animal testing in cosmetics worldwide.

WHAT ELSE ARE WE FIGHTING FOR?