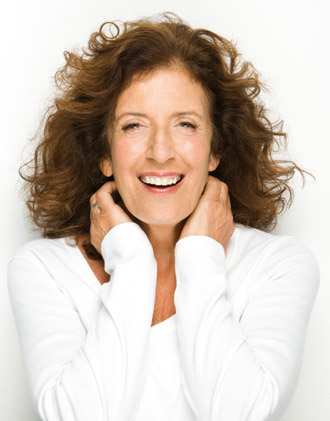 Library of International Herald Tribune, Paris
Teacher of English and History, England
Women's Rights Dept. of International Labor Organization
(ILO), based at UN, Geneva
Owner and Manager of a restaurant and hotel in
Littlehampton
Opened The Body Shop in Brighton, West Sussex, England
on 26th March 1976

From 1991 Schumacher College for Human Scale Education
From 1994 Association for Creation Spirituality
From 1996 Body and Soul (women & families with HIV and AIDS)
From 1998 EMMA (Ethnic Minority Media Awards)
From 2002 Findhorn Foundation College
From 2002 My Acre Of Africa, South Africa
From 2004 The Forgiveness Project
From 2007 The Hepatitis C Trust
From 2007 Emmaus Hampshire

Anita was born in Littlehampton, an English seaside town in 1942, the child of an Italian immigrant couple. She developed a strong sense of moral outrage from an early age after reading a book about the Holocaust aged ten. She trained as a teacher but an educational opportunity on a kibbutz in Israel eventually turned into an extended working trip around the world. Soon after she got back to England, her mother introduced her to a young Scotsman named Gordon Roddick. Their bond was instant. Together they opened first a restaurant, and then a hotel in Littlehampton. They married in 1970 and two children followed.

Anita started The Body Shop on 26th March 1976 simply to create a livelihood for herself and her two daughters, while Gordon was trekking across the Americas. She had no training or experience and her only business acumen was Gordon's advice to take sales of £300 a week. Anita saw entrepreneurship as a means of survival, and firmly believed it nurtured creative thinking. Running her first shop taught her business is not financial science, but all about trading: buying and selling and about creating a product or service so good that people will want to pay for it. Testament to her firmly held business beliefs, over 30 years on The Body Shop is now a multi-local business with over 2,200 stores in 55 different markets. And she always claimed she didn't have clue how she got there!

It wasn't only economic necessity that inspired the birth of The Body Shop. Her early travels gave her a wealth of experience. She had spent time in farming and fishing communities with pre-industrial peoples, and was exposed to body rituals of women from all over the world. Also the frugality that her mother exercised during the war years made her question retail conventions. Why waste a container when you can refill it? And why buy more of something than you can use? She behaved as her mother had in World War II. The Body Shop reused everything, refilled everything and recycled all they could. The foundation of The Body Shop's environmental activism was born out of these ideas.

She was aware that success was more than a good idea. It was timing too. The Body Shop arrived just as Europe was going 'green'. The Body Shop has always been recognisable by its green colour, but it was the only colour that they could find to cover the damp, mouldy walls of the first shop. She opened a second shop within six months, by which time Gordon was back in England. He came up with the idea for 'self-financing' more new stores, which sparked the growth of the franchise network through which The Body Shop spread across the world. The company went public in 1984. A whole host of awards came her way, and as Anita famously claimed; some she understood, some she didn't and a couple she thought she deserved.

Anita believed that businesses have the power to do good. That's why the Mission Statement of The Body Shop opened with the overriding commitment, 'To dedicate our business to the pursuit of social and environmental change.' The stores and products are used to help communicate human rights and environmental issues.

In 1993 she met a delegation of Ogoni people from Nigeria. They were seeking justice and reparations against the giant oil multinational Shell that was ravaging their lands through oil exploration and production. Working with other NGOs, they turned their campaign into an international cause celebre. Tragically, the Ogoni's key spokesperson, Ken Saro-Wiwa and eight other Ogoni, were executed in 1995 by the Nigerian Government. But the campaign continued and eventually 19 other imprisoned Ogoni were released. In 1997, after 4 years of unrelenting pressure, Shell issued a revised operating charter committing the company to human rights and sustainable development. A year later, they launched their 'Profits and Principles' advertising campaign declaring their recognition of the interests of 'a much wider group of stakeholders in our business'. She liked to think The Body Shop had a hand in getting Shell to think about what it really means to be a corporate citizen.

In September 2001 Anita joined forces with The Body Shop and Greenpeace, and many thousands of other organisations and individual consumers, in an international campaign to raise awareness of the link between the burning of fossil fuels and global warming, and the alternatives available including using renewable fuels such as wind and solar.

One key area where business and personal interests naturally combined was through Community Trade. A trailblazer of fair trade in the cosmetics industry, The Body Shop was the first cosmetics company to develop direct relationships with communities in return for natural ingredients and accessories. Launched over 20 years ago Anita oversaw the programme, initially under the title of "Trade - Not Aid". Starting with one supplier in India, our Community Trade programmes now operates from Brazil to Zambia across more than 20 countries and provide essential income to over 15,000* people across the globe. Anita was aware that the trading relationship with The Body Shop were was never going to make the farmers financially rich, but it enabled them to maintain their chosen way of life and through co-operation, achieve autonomy.

One example of a Community Trade supplier is Tungteiya in Ghana, where Anita and The Body Shop Foundation gave initial help by providing grinding mills and nut cracking plants to help with the extraction of shea butter - this for the first time enabled the women of the Tamale region to earn a regular and reliable income, afford schooling, medical care, build and improve their homes. It has also led to the building of 10* schools and paid for both equipment and teachers, while the area can now also more easily enjoy safe piped water and latrines. In a country where 43%* of the population lives below the World Bank poverty line, and employment opportunities are limited, the story of the Tungteiya Shea Butter Association is an inspiring one.

There is no doubt that The Body Shop and Anita have always been closely identified in the public mind. Such was the inspiration she provided, that The Body Shop has become a global operation with thousands of people working towards common goals and sharing common values. That's what has given it a campaigning and commercial strength and continued to set it apart from mainstream business.

Anita maintained that the past few years were the most exciting period of her life - She believed the older you get, the more radical you become. She loved a Dorothy Sayers quote, "A woman in advancing old age is unstoppable by any earthly force". In November 1999, she flew to Seattle to speak out against the role of the World Trade Organisation and witnessed the 'Battle of Seattle'.

In 2000 she published her autobiography "Business as Unusual" and in 2001 she edited "Take it Personally", a collection of provoking thought pieces to challenge the myths of globalisation and the power of the WTO.

The excitement and success of these endeavours prompted her to start her own small activist communications centre, Anita Roddick Publications. She liked to say they manufactured "weapons of mass instruction", experimenting with various forms and mediums to celebrate and advance the same things she always cared about: human rights, the environment, and creative dissent. Their first two books were published in 2003: 'Brave Hearts, Rebel Spirits: A Spiritual Activist's Handbook' and 'A Revolution in Kindness'. In 2004 she published 'Troubled Water: Saints, Sinners, Truths & Lies about the Global Water Crisis' and 'Numbers'. And in 2005 edited, amended and republished her autobiography 'Business as Unusual'.

She launched her own website www.AnitaRoddick.com in 2001 and an activism portal www.TakeItPersonally.org in 2004. She was overwhelmed by the potential of the web to link like-minded people and move them to mass-action.

Latterly there was no doubt that her greatest passions were the campaigns that she was supporting - from sweatshop labour by multinational corporations (which she joined forces with the National Labor Committee on) and joining a group of human-rights activists to free the American political prisoners known as the Angola Three. These three men, who were black political activists in the 1970s, have served nearly 35 years in solitary confinement in Angola prison.

In 2006 The Body Shop was purchased by L'Oreal, and as Anita said at the time: "For both Gordon and I, this is without doubt the best 30th anniversary gift The Body Shop could have received.

L'Oréal has displayed visionary leadership in wanting to be an authentic advocate and supporter of our values. They understand what a maverick The Body Shop was in the business world and how we helped change the language of business, incorporating the action of social change, especially in human rights, animal welfare, the environment and community trade."

Anita remained on the Board of Directors. During 2007 she took part in a The Body Shop campaign in-store and also provided consultation to L'Oréal, advising on Community Trade.

In 2007 Anita announced that she had Hepatitis C, which she contracted from a contaminated blood transfusion in 1971, however she was not diagnosed with the condition until 2004. She was completely committed to working with the Hepatitis C Trust, and became their patron, to raise awareness of the disease and to lobby the government for more action. In true Anita style, personal experience promoted her to launch a major campaign to alert people to an important issue and ensure change in attitudes and policy.

Dame Anita Roddick passed away on 10th September 2007, with her husband Gordon and two daughters by her side. Tributes flooded in from around the world, led by British Prime Minister Gordon Brown "She campaigned for green issues for many years before it became fashionable to do so and inspired millions to the cause by bringing sustainable products to a mass market. As one of this country's most successful businesswomen, she was an inspiration to women throughout the country striving to set up and grow their own companies."

John Sauven, the executive director of Greenpeace who worked with Anita on many campaigns, said "she was an amazing inspiration to those around her…. She was so ahead of the time when it came to issues of how business could be done in different ways… She was a true pioneer."

The suppliers of Community Trade cocoa butter in Ghana, Kuapa Kokoo, said "We are grateful to God that he gave us such an inspirational figure; a mother whose love for the development of the vulnerable and the under-privileged will continue to linger on in our minds till eternity. Anita would be well remembered by the Kuapa Kokoo family and the chiefs and people, for a school block she, together with The Body Shop, funded in the Bayerebon community. The seed she sowed is generating fruits of success and enlightenment."